The Palestinian Authority (PA) has warned all foreign countries against relocating their respective embassies in Israel from Tel Aviv to East Jerusalem al-Quds, which the Palestinians want as the capital of their future state. 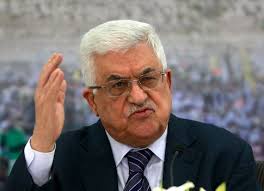 PA President Mahmoud Abbas made the remarks in an address to the 34th session of the United Nations Human Rights Council (UNHRC) in Geneva on Monday.
Campaigning for US elections, Donald Trump vowed to move the American Embassy to East al-Quds in a sign of recognition of the city as the capital of an Israeli "state.”
This is while Palestinians want the West Bank, which Israel has occupied since 1967, as part of a future Palestinian state, with East al-Quds as its capital.
"We call for the establishment of a system, which would guarantee the independence of the Palestinian state with East al-Quds as its capital, within the boundaries of the 4th of June, 1967,” Abbas asserted, referring to the precise date when Israel staged the occupation.
"We reiterate our appeal for an international protection regime for the Palestinian people,” he added.
The Israeli parliament on February 6 rubber-stamped the so-called "Legalization Bill,” which retroactively legalized structures built on Palestinian land.
The move came barely two months after the United Nations Security Council unanimously approved a resolution declaring that settlement construction "constitutes a flagrant violation under international law.”
UN Secretary General Antonio Guterres blasted the ratification of the bill, emphasizing that it would "have far-reaching legal consequences for Israel.” A chorus of outcry also followed from elsewhere, including the German government.
Abbas touched on the land grab law, saying, "Israel has recently announced its intent to create more occupation units over our land. It has adopted a law, which legitimates the theft of occupied Palestinian land, in particular private lands.”
"This is a dangerous precedent, which we reject. The international community rejects it as well. This is a situation that does not allow our people to establish their own state. This is an act, which leads to hatred and violence.”
He asserted that Tel Aviv was thus moving towards the creation of an "apartheid solution” to the Arab-Israeli conflict, Presstv reported.
The Palestinian leader’s appeal to the UNHCR came as the Trump administration has mulled quitting the rights body over its purported bias against Israel, Politico reported on Saturday.
Share to
Related News
South Korea, U.S. begin large-scale annual drills amid North Korea tension
Palestinian groups slam Israel for denying visa to HRW staffer
Tags
Abbas ، Palestine ، Israel ، Israeli embassy
Your Comment