A United Nations official has deplored “harrowing” acts of violence and discrimination against the Rohingya in Myanmar, calling on the country to put an end to its crackdown on the Muslim minority. 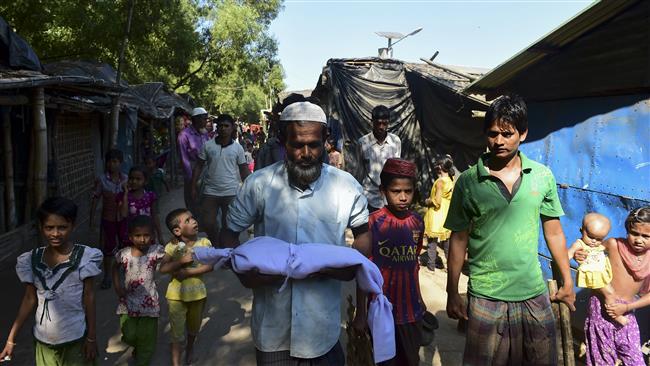 Yanghee Lee, a UN envoy for a mission to Bangladesh to visit Rohingya Muslims fleeing neighboring Myanmar, said Monday that she had heard appalling accounts which proved that the violence against the minority group was "far more extensive" than she had previously realized.
She said Rohingya refugees had told her about gang-rapes of women by Myanmar’s government forces, people whose throats were slit and children who were thrown into fire.

Lee, who ended her four-day trip to Bangladesh on Friday, said in a statement that she had heard "allegation after allegation" of horrific events from the crackdown that began in Myanmar’s Rakhine State last October and forced tens of thousands into squalid camps in Bangladesh's Cox's Bazar district.

"I was especially affected by a mother who repeatedly expressed regret for mistakenly thinking that her son had been brought out from their burning house,” Lee said, adding, "She heard him screaming for her and managed to save his life but burn scars have been seared onto him -- scars which I saw with my own eyes."

Lee accused Myanmar of continued discrimination and urged officials there to investigate rights abuses and prevent recurrence of them.

The UN has already warned about violence against the minority Rohingya in Myanmar’s Rakhine State, saying the acts of violence could amount to crimes against humanity.

Buddhist-dominated Myanmar has a history of discrimination against Muslims, considering the Rohingya illegal immigrants.

Rights groups and governments have challenged the claim, arguing that the Rohingya had historical roots in the country. Myanmar’s de facto leader Aung San Suu Kyi, who has received the Nobel Peace Prize, has been incapable of containing the violence.

Bangladesh, a predominantly Muslim nation, hosts more than 400,000 Rohingya Muslims, with about 73,000 of whom belonging to the recent influx from across the border.
(Press TV)