The newest torpedo to join the Iranian Navy’s arsenal has been successfully test-fired as the force wraps up large-scale drills spanning over territorial and international waters. 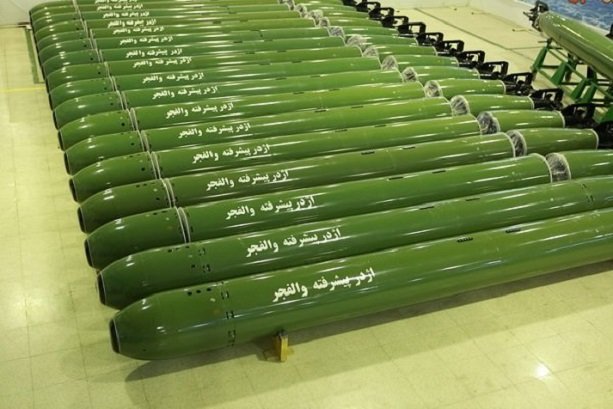 Tuesday marked the last day of the final phase of the maneuvers codenamed Velayat 95, which have been underway since early February across the Strait of Hormuz, Sea of Oman and the northern part of the Indian Ocean.
Valfajr, as the torpedo has been named, was fired from the Navy’s Qadir submarine towards a surface vessel, destroying its target.
Similar simulated tasks of target location and destruction were performed by various other submarines dispatched to within 100 kilometers (62 miles) off the country’s southern coast.
Separately, anti-submarine helicopters of naval defense squadrons, which serve the Navy’s strategic operations, practiced patrolling missions, hitting and destroying sub-surface targets.
Another chopper, equipped with rocket and machinegun firepower, meanwhile, trained and opened fire on floating targets.
Different types of coast-based and sea-based drones have been providing surveillance and reconnaissance services to this stage of the drills, relaying the information gathered from mock hostile targets outside territorial waters to relevant Navy units.
Navy Commander Rear Admiral Habibollah Sayyari said, while announcing the beginning of the last stage of the drills, "The aim of the Velayat 95 drill is to upgrade the country’s defensive capabilities and send Iran’s message of peace and friendship to the regional countries.”
On Monday, the Navy successfully test-fired new domestically-manufactured and laser-guided anti-submarine missiles, known as Dehlaviyeh. The latest Iranian cruise missile, named Nasir, was also premiered during the day.
Also assessed in the drills was the "telemedicine” medical assistance provision system, which enables remote medical diagnosis.
The Islamic Republic faces foreign-sponsored propaganda campaigns aimed at portraying its military power in a negative light.
Tehran, however, constantly asserts that its military prowess is in the service of its defense.