Rouhani in Islamabad for ECO summit 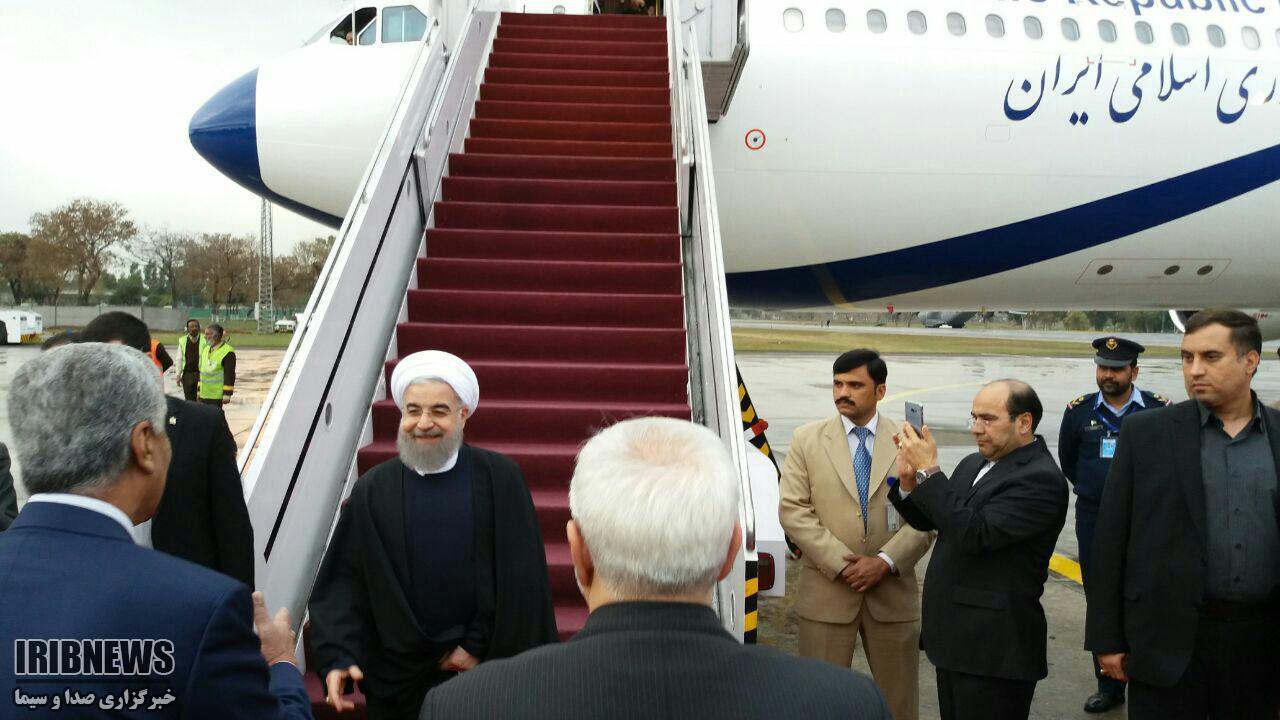 The Iranian president visited Pakistan at the invitation of Pakistan's Prime Minister Nawaz Sharif.
The summit would open on Wednesday and the Iranian president would deliver a speech briefing leaders of the prominent regional economic body on the Islamic Republic’s stances and positions on various issues.
On the sidelines of the summit, Rouhani will also hold meetings with senior officials of the participating countries.
The summit will review the standing of the ECO in the light of the new and emerging global and regional circumstances and discuss the course of action the organization should follow in expanding regional economic cooperation among its member states. The new ECO Vision 2025 is also expected to be adopted in Islamabad.
The summit will be preceded by the 22nd meeting of the ECO Council of Foreign Ministers on Tuesday in Islamabad. Senior officials from member states will meet on Monday to make final preparations for both meetings.
The last ECO summit was held in October 2012 in Baku, Azerbaijan, and the 21st meeting of Council of Foreign Ministers was held in November 2013 in the Iranian capital, Tehran.
ECO is an intergovernmental regional organization which was established in 1985 by Iran, Pakistan and Turkey for the purpose of promoting economic, technical and cultural cooperation among the member states.
In 1992, the organization was expanded to include seven new members. Afghanistan,
Azerbaijan, Iran, Kazakhstan, Kyrgyzstan, Pakistan, Tajikistan, Turkey, Turkmenistan and Uzbekistan are currently ECO member states.