Iran has exported 24 million barrels gas condensate in January with clients were from Asia and Europe. 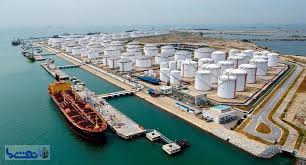