Prime Minister of Armenia Karen Karapetyan, who is also the Deputy Chairman of the Republican Party of Armenia (RPA) said “Currently, the talks on the free trade zone on the border with Iran are held in Meghri. The talks will conclude in the second half of April, when the Armenian delegation visits Iran.” 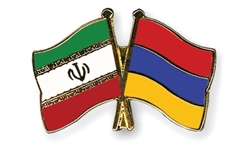 Karapetyan also added that together with at least four of his counterparts from Russia, Georgia, Belarus and Kazakhstan he has discussed the possibility of using that platform and making investments.
Minister of Economic Development and Investments of Armenia has recently signed a treaty also on introducing the Halal institute of Iranian qualification in Armenia. "Our manufacturers can henceforth be issued relevant certificates in Armenia,” he noted.
However, Karapetyan is dissatisfied with the volumes of commodity turnover with the neighboring country, which has a multi million population.  "It is very low—AMD 50-70 million without energy.  But it is possible to bring this number to one billion, and this is not a pompous announcement,” he said.