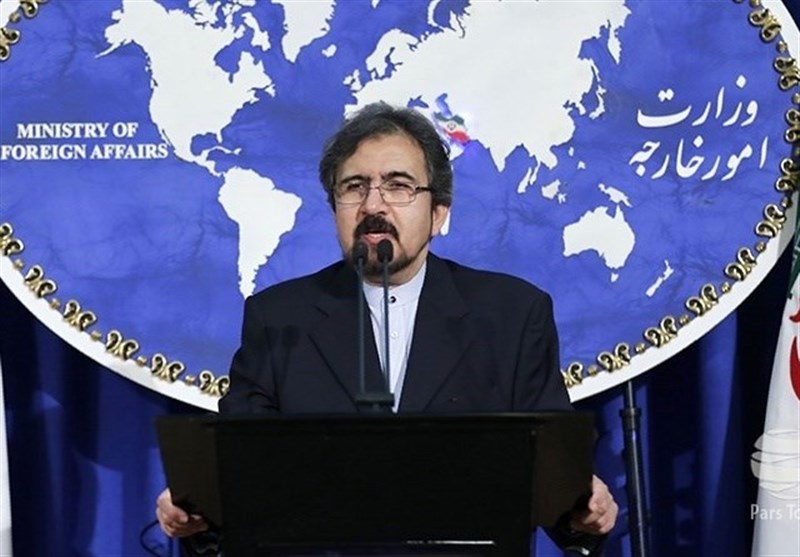 TEHRAN, Young Journalists Club (YJC) - "The Islamic Republic of Iran’s principled position is to support the territorial integrity and sovereignty of Iraq and to emphasize the commitment of all parties to the country's constitution and to resolving differences through dialogue and legal solutions,” Qassemi said in a statement released on Monday.

"Accordingly, we regard raising any flag other than the Iraqi flag in Kirkuk, which is governed by the federal government according to the (Iraqi) constitution, a move which escalates tensions and is contrary to the constitution,” he said.

The Iranian spokesman further expressed concerns that the move in Kirkuk can waste the energy of the Iraqi government and undermine the Arab country’s anti-terrorism campaign.

Iraq’s lawmakers on Saturday passed a bill to prohibit the hoisting of the flag of the semi-autonomous Kurdistan region in Kirkuk days after the Kirkuk Provincial Council decided to raise the regional flag next to the Iraqi national flag in front of some buildings.

The controversial move was swiftly met with ire in Baghdad as Kirkuk is not part of the semi-autonomous region.

On March 28, Arabs and Turkmens residing in Kirkuk protested against the move, describing it as unconstitutional.