TEHRAN, April 7, YJC - French presidential hopeful Marine Le Pen condemned on Friday a US strike on an airfield in Syria. 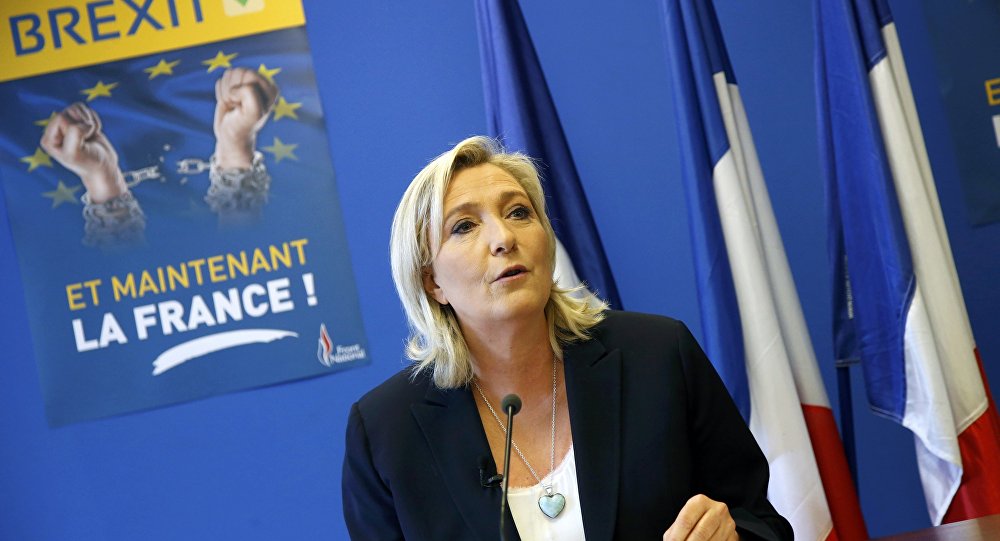 TEHRAN, Young Journalists Club (YJC) - French presidential hopeful Marine Le Pen, leader of the National Front party, condemned on Friday a US strike on an airfield in Syria, adding that she was surprised by such a decision of the US authorities.
"What happened in Syria is awful, and I strongly condemn it," Le Pen wrote on Twitter.
The far-right politician added that an international investigation of the chemical attack allegedly conducted by the Syrian government was needed prior to the attack itself.
"It is necessary to let democracy and the Syrian people to speak out. It is they who must choose their leader," Le Pen added.
On Thursday night, the United States launched 59 Tomahawk cruise missiles at the Syrian military airfield in Ash Sha’irat, located about 40 kilometers (25 miles) from the city of Homs. US President Donald Trump said the attack was a response to the alleged chemical weapon use in Syria's Idlib on Tuesday, which Washington blames on the Syrian government.
According to Homs Governor Talal Barazi, the attack killed five people and injured seven others.
On Tuesday, an alleged chemical weapon attack in Syria’s Idlib province claimed the lives of some 80 people and inflicted harm on an additional 200 civilians. The Syrian National Coalition of Revolutionary and Opposition Forces, that reported the attack, as well as a number of Western states, blamed the Syrian government troops for the attack, while Damascus has refuted these allegations, with a Syrian army source telling Sputnik that the army did not posses chemical weapons.
Share to
Related News
French police, protesters clash in anti-Le Pan rally in Marseille
Over 80% of Russians consider US attack on Syrian airfield as 'provocation'
No military solution to Syria crisis: Mogherini
French Guiana faces shutdown call after protests
Britain fully supports US missile strike against Syria: Spokesman
US attack on Syria significantly damaged US-Russia ties: Putin
Iran condemns US missile attack on Syrian airbase
Syria blasts US ‘aggression’, terrorists and Israel hail it
Tags
France ، US ، attack ، airbase
Your Comment