TEHRAN, April 15, YJC - Flood has inundated some counties in Iran’s East Azerbaijan Province, killing at least 17 people and leaving a number of others unaccounted for. 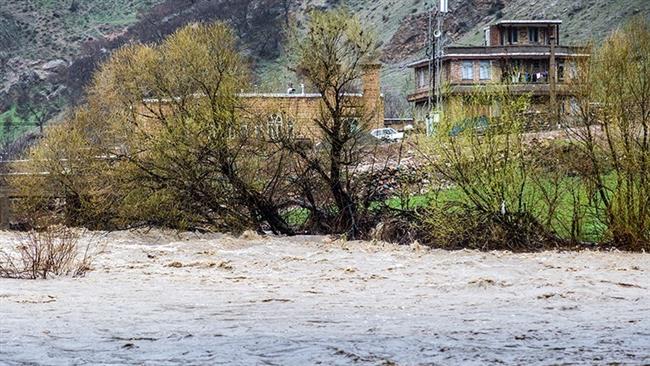 TEHRAN, Young Journalists Club (YJC) - Khalil Sa’ei, the head of crisis management at the Provincial Governor’s Office, said the province had witnessed the heaviest downpours of the past several years on Friday.

"Unfortunately, precipitation has brought about some material and human losses in some of the province’s counties,” he added, Mehr News Agency reported on Friday.

The Ajab-Shir and Azar-Shahr counties, he said, had borne the brunt of the disaster, amid reports that water levels in the latter region had risen to levels last seen 40 years ago.

Sa’ei said that already 14 dead bodies in Ajab-Shir and 3 in Azar-Shahr have been drawn out of water. " 5 injurued people in the incident also were sent to hospital”

Based on Sa’ei’s recent report of the casualties of the flood, 20 residents have gone missing 6 of them were from Ajab-Shir and 14 from Azar-Shar.

Flash floods have also inundated the intercity roads and have damaged a number of bridges.

Search and rescue operation is continuing and military and law enforcement forces have been asked to assist.