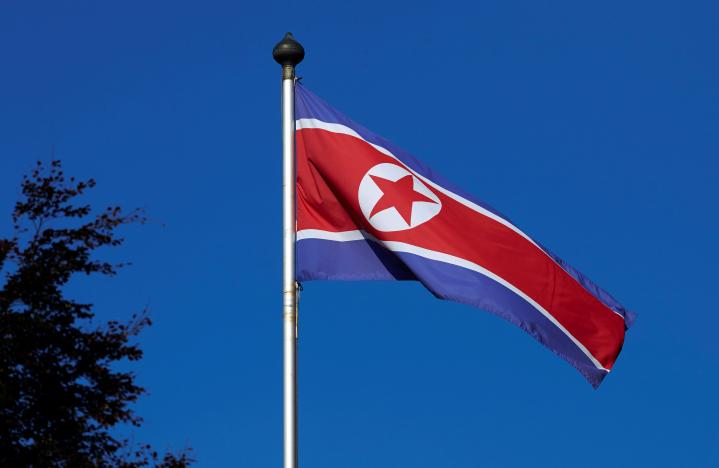 TEHRAN, Young Journalists Club (YJC) - A North Korean missile "blew up almost immediately" on its test launch on Sunday, the U.S. Pacific Command said, hours before U.S. Vice President Mike Pence landed in South Korea for talks on the North's increasingly defiant arms program.
The failed launch from North Korea's east coast, ignoring admonitions from major ally China, came a day after North Korea held a military parade in its capital, marking the birth anniversary of the state founder, displaying what appeared to be new long-range ballistic missiles.
South Korea said the combined show of force "threatened the whole world" but a U.S. foreign policy adviser traveling with Pence defused some of the tension, saying the test of what was believed to be a medium-range missile had come as no surprise.
"We had good intelligence before the launch and good intelligence after the launch," the adviser told Reuters on condition of anonymity.
"It's a failed test. It follows another failed test. So really no need to reinforce their failure. We don't need to expend any resources against that."The adviser said the flight lasted four or five seconds.
"It wasn't a matter of if, it was a matter of when. The good news is that after five seconds it fizzled out."Pence is in Seoul at the start of a 10-day trip to Asia in what his aides said was a sign of U.S. commitment to its ally in the face of rising tension.
The U.S. nuclear-powered USS Carl Vinson aircraft carrier strike group is also heading to the region.
A U.S. Navy attack on a Syrian airfield this month raised questions about U.S. President Donald Trump's plans for reclusive North Korea, which has conducted several missile and nuclear tests in defiance of U.N. sanctions, regularly threatening to destroy the South and the United States.
South Korea, which hosts 28,500 U.S. troops, warned of punitive action if the launch led to further provocations.
"North Korea showing a variety of offensive missiles at yesterday's military parade and daring to fire a ballistic missile today is a show of force that threatens the whole world," South Korea's Foreign Ministry said in a statement.
TIMING SIGNIFICANT
The North has warned of a nuclear strike against the United States if provoked. It has said it has developed and would launch a missile that can strike the mainland United States but officials and experts believe it is some time away from mastering the necessary technology, including miniaturizing a nuclear warhead.
The U.S. Pacific Command said the missile "blew up almost immediately", adding the type of missile was being analyzed.
"The North attempted to launch an unidentified missile from near the Sinpo region this morning but it is suspected to have failed," South Korea's Office of the Joint Chiefs of Staff said in a statement.
The timing of the test, coinciding with Pence's trip and a day after the military parade, would suggest deliberate defiance.
The North launched a ballistic missile from the same region earlier this month ahead of a summit between the United States and China to discuss the North's arms program.
That missile flew about 60 km (40 miles) but what U.S. officials said appeared to be a liquid-fuelled, extended-range Scud missile only traveled a fraction of its range before spinning out of control.
China, which Trump has urged to do more to rein in North Korea, has spoken out against its missile and nuclear tests and has supported U.N. sanctions. It again called for talks to defuse the crisis on Friday.
Its national airline, Air China, has canceled some flights to the North Korean capital, Pyongyang, due to poor demand but it has not suspended all flights there, it said on Friday.
China also banned all imports of North Korean coal on Feb. 26, cutting off the country's most important export product. China's customs department issued an official order on April 7 telling traders to return North Korean coal cargoes, said three trading sources with direct knowledge of the order.
Sinpo, where the Sunday launch took place, is the site of a North Korean submarine base and where the North has tested the submarine-launched ballistic missile it is developing.
Tension had escalated sharply in the region amid concerns that the North may conduct a sixth nuclear test or a ballistic missile test launch around Saturday's 105th birth anniversary of founding father Kim Il Sung that it calls the "Day of the Sun".
The White House has said Trump has put the North "on notice".
MISSILE TEST? WHAT TEST?
Impoverished North Korea and the rich, democratic South are technically still at war because their 1950-53 conflict ended in a truce, not a peace treaty.
Chinese tourists in Dandong, a city bordering North Korea, piled on to ferries and speedboats on Sunday as usual for cruises on the Yalu river and up-close views of North Korean border guards and villages.
Source: Reuters
Share to
Related News
North Korea raps Kim assassination bid as ‘declaration of war’
Russia calls for restraint amid North Korea-US crisis
North Korea vows to launch 'preemptive strike' in case of US 'provocation'
South Korea, Japan, US start 3-day joint exercise on Korean Peninsula
China urges US respect for global trade standards
Tags
north korea ، pyongyang ، pence ، china ، mike pence ، vice president ، america
Your Comment