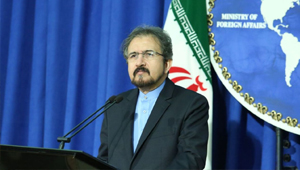 TEHRAN, Young Journalists Club (YJC) -"The shameful and unfair crimes of Takfiri terrorists in the coward suicide attacks on buses carrying besieged people in Al Fu'ah and Kefraya and killing dozens of innocent and defenseless women and children is another disgraceful page of notorious record of terrorists and their supporters,” said Iranian Foreign Ministry Spokesman Bahram Qassemi.

He also blasted dual-track approach towards these terrorist groups by their supporters and those who claim are advocating democracy.

The death toll from a bomb attack on a crowded bus convoy outside Aleppo has reached at least 126 in the deadliest such incident in Syria in almost a year.

Syrian rescue workers of the Civil Defense said that they had taken away at least 100 bodies from the site of Saturday's blast, which hit buses carrying Shi'ite residents.