TEHRAN, April 17, YJC - Top European officials have reacted to the recent referendum in Turkey by calling on Ankara to choose its next steps carefully and seek broader consensus in implementing constitutional reforms. 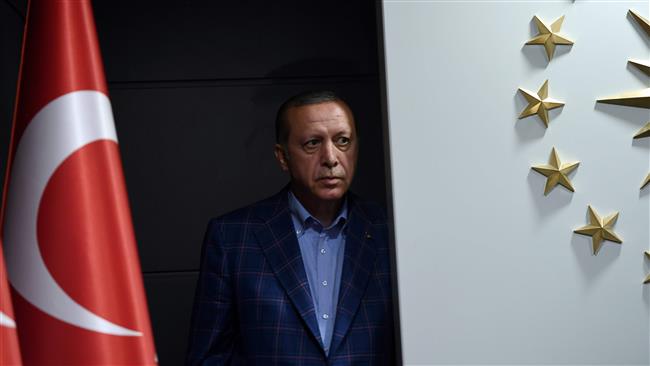 TEHRAN, Young Journalists Club (YJC) - Turkey held a referendum on a package of constitutional changes on Sunday. Later in the day, President Recep Tayyip Erdogan, who had campaigned heavily for a "Yes” vote, declared victory.

The changes would also potentially keep Erdogan in power until 2029. He has already been there since 2003.

Erdogan said after the voting that 51.5 percent of the voters — 25 million people — had supported the reforms.

Yet, almost as many people were opposed to them, meaning that an all-encompassing alteration in Turkish politics would proceed to take effect in spite of opposition from almost half of the electorate.

Pointing to that aspect of the vote, President of the European Commission Jean-Claude Juncker and EU foreign policy chief Federica Mogherini in a joint statement called "on the Turkish authorities to seek the broadest possible national consensus” in the implementation of the reforms.

The Council of Europe, of which Turkey is a member, also issued a statement on Sunday, saying that, "In view of the close result, the Turkish leadership should consider the next steps carefully.”

"It is of utmost importance to secure the independence of the judiciary in line with the principle of rule of law enshrined in the European Convention on Human Rights,” said the Council’s Secretary General Thorbjorn Jagland.

He said the Council "stands ready to support the country [Turkey] in this process.”

The European Parliament’s rapporteur on Turkey, Kati Piri, also described the reforms as "a major shift away from European values.”