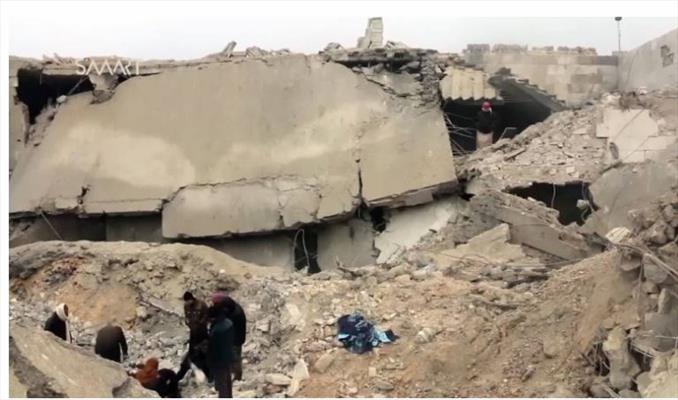 Syrians said the US airstrikes hit a western Aleppo mosque on March 16, killing at least 49 worshipers and injuring dozens more. The US said the bombings targeted a meeting hall hosting al-Qaeda terrorists.

Interviews with locals and photographs and video of the building in question prove it was a well-known mosque that hosted lectures every Thursday between sunset and evening prayers, according to a new Human Rights Watch report.

Any attempt to gather information about the building would have revealed that it was a popular gathering spot for residents at the time of the intended attack, Human Rights Watch said. Furthermore, the investigation found no evidence to support the US claim that members of al Qaeda or any other armed group were meeting in the mosque, the report said.

"The US seems to have gotten several things fundamentally wrong in this attack, and dozens of civilians paid the price," Ole Solvang, deputy emergencies director at Human Rights Watch, said in a statement. "The US authorities need to figure out what went wrong, start doing their homework before they launch attacks, and make sure it doesn't happen again."

The US military said in March that an airstrike killed "several terrorists" at a meeting location of senior al Qaeda terrorists in Idlib. A US military official confirmed that American warplanes conducted airstrikes in the area. But the official said the strikes hit a building 40 to 50 feet from the mosque, and said satellite imagery showed the mosque still standing.

But the Human Rights Watch report said the US military misidentified the location of the attack, and that it was southwest of al-Jinah, not in Idlib.

Human Rights Watch interviewed a member of the White Helmets who was on the ground for the report, as well as four people who were in the building during the strikes. 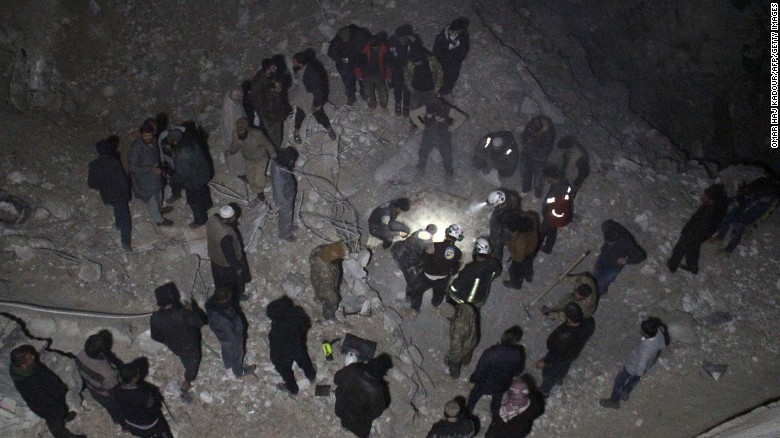 Using research from open source investigative group Bellingcat, which analyzed video footage and photographs from the attack, and Forensic Architecture, which created models of the mosque and a reconstruction of the attack, Human Rights Watch said it was able to corroborate claims that the building was a mosque.

The locations of two large craters suggest the first bomb hit the mosque during prayers, sending survivors fleeing before a second blast hit people outside. Others who rushed to the scene to help also were killed, a witness told Human Rights Watch.

Photos of the building before the attack show it had shelves for shoes and rugs for prayers, suggesting it was a mosque, the report said.

The report calls on US authorities to make public findings of an investigation into the strikes, provide "adequate redress" to civilian victims and their families, and hold those responsible for the attack accountable.