TEHRAN, April 18, YJC -The U.S. Supreme Court on Tuesday will hear oral arguments in a case that has the potential to scale back the Securities and Exchange Commission's ability to recover illegal profits earned as a result of fraud or other wrongdoing. 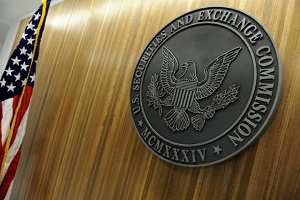 TEHRAN, Young Journalists Club (YJC)-The case, which involves New Mexico-based investment adviser Charles Kokesh who was sued by the SEC in 2009, hinges on whether ill-gotten gains, in an agency recovery remedy known as "disgorgement," are subject to a five-year statute of limitations.
The ruling in the case could have broad consequences for the policing of Wall Street. The SEC already faces a five-year statute of limitations for collecting civil monetary penalties, a time bar that the Supreme Court upheld unanimously in its 2013 Gabelli v. SEC ruling.
Kokesh, who appealed to the Supreme Court after losing at a federal appeals court, was accused of misappropriating investor money and later ordered to pay $2.4 million in penalties plus $34.9 million in disgorgement. The penalties covered conduct within the five-year window, but the disgorgement covered conduct that largely occurred outside that time frame.
Kokesh's attorneys argued that a disgorgement in the case constituted a punitive "forfeiture" that is time-barred.
The Justice Department, on the SEC's behalf, argued that disgorgement is equitable relief for harmed investors and that Congress did not intend to impose a five-year statute of limitations on it.
A loss for the SEC could impact negotiations in its current pipeline of investigations. Defendants that already disgorged profits dating back more than five years could potentially seek to have their cases re-opened.
"A ruling by the Supreme Court in the SEC's favor would bless this approach and give the agency a massive club to wield," said Jack Yoskowitz, a partner at Seward & Kissel LLP who represents financial services clients and individuals. Yoskowitz is not involved in the case.
Tuesday will mark Justice Neil Gorsuch's second day of arguments since he was confirmed to the Supreme Court by the Senate on April 7 and sworn in three days later.
Wall Street attorneys will be closely watching to see how he approaches the case.
"I think he is not someone who is going to defer to the SEC in the way some other judges might," said Michael Dell, a partner at Kramer Levin Naftalis & Frankel LLP who filed a friend-of-the-court brief in favor of a statute of limitations on behalf of the Securities Industry and Financial Markets Association, the Wall Street trade group.
"I think he is going to look at this and interpret it for himself."
Source:Reuters
Share to
Related News
New Mexico sues Google, Twitter for illegally collecting data on children
FBI arrests New Mexico compound members on new charges
Dell considering acquisitions or possible IPO: sources
Trump orders review of US nuclear posture amid North Korea tensions
German carrier Lufthansa sees profits rise in 2016
Oil plunge a ‘golden opportunity’ for Asia economies :Analysis
Russia loses $140 bn from sanctions, oil price
Tags
US ، mulls ، recovery ، profits
Your Comment