TEHRAN, April 19, YJC - The US Defense Department is preparing to conduct a missile test that American officials say is aimed at assessing the country’s ability to shoot down missiles coming from North Korea. 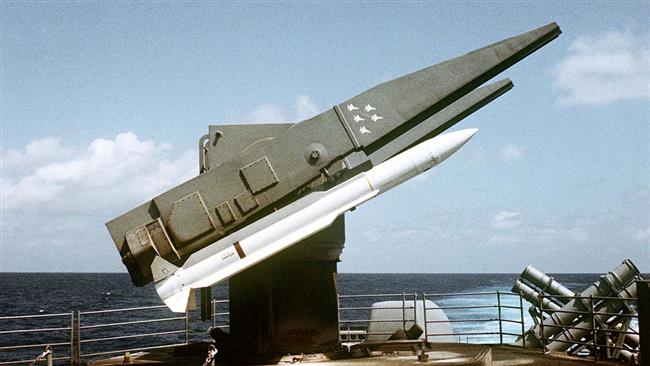 TEHRAN, Young Journalists Club (YJC) - The test, part of the US military’s overall program to develop better missile shields, would be carried out in the Pacific Ocean next month, CNN reported Wednesday, citing Pentagon officials.
According to one official, the US Navy plans to test-fire an improved version of its Standard Missile off a warship during the drill. The missile has only been tested once, the officials said.
With an improved warhead and an upgraded booster, the missile is expected to have a longer range and more chance of targeting missiles mid-air.
The Standard Missile system has been jointly developed by Japan and is aimed at intercepting intermediate-range ballistic missiles. The missile is also said to be capable of targeting satellites in Earth’s lower orbit.
The US military is also planning a separate test in the Pacific region at the end of May, involving long-range ground-based interceptor missiles based in Alaska and California.
Despite being in development for over a decade, the Pentagon says only half of the tests have been successful.
Last month, a senior US commander warned Congress' Joint Armed Services Committee that Alaska can be a possible target for North Korea’s missiles.
The news of the tests comes amid growing tensions between the US and North Korea. Washington has warned Pyongyang of a military confrontation if it does not stop its development of nuclear weapons and ballistic missiles.
On Wednesday, US Vice President Mike Pence said North Korea with an "overwhelming” response to any use of conventional or nuclear weapons.
"Those who would challenge our resolve or readiness should know, we will defeat any attack and beat any use of conventional or nuclear weapons with an overwhelming and effective American response," Pence told 2,500 sailors aboard the USS Ronald Reagan aircraft carrier at the US Yokosuka naval base in Tokyo Bay.
Pyongyang has threatened the US with an "all-out war,” asserting that it will continue to test missiles on a regular basis.
The North has said such launches are an act of deterrence against a potential invasion by the US or South Korea.