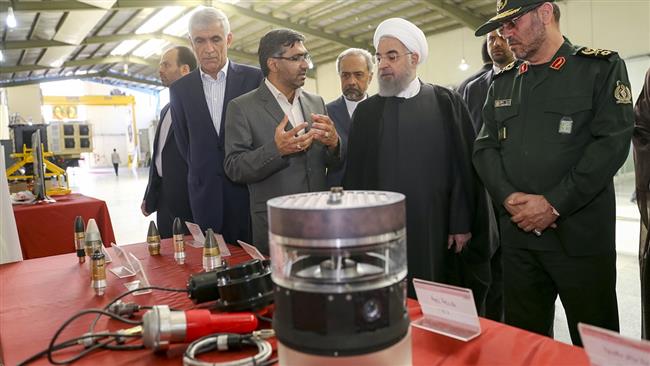 TEHRAN, Young Journalists Club (YJC) - President Hassan Rouhani inspected the achievements at an exhibition in the southern city of Shiraz on Thursday.
The projects and products included reconnaissance radar systems of different ranges, landing and navigation systems for military and civilian airports, terrestrial navigation systems and production of smart weapons.
The achievements were designed and manufactured by the local experts according to the state-of-the-art standards.
Iran has recently made major breakthroughs in its defense sector and attained self-sufficiency in producing important military equipment and hardware.
The Islamic Republic has always said its military power poses no threat to other countries and is merely based on the doctrine of deterrence.
Share to
Tags
Iran ، defense ، equipment
Your Comment