TEHRAN, April 20, YJC - Lufthansa, Germany’s largest airline, has announced that it has started talks with Iran Air to provide a wide range of logistic support services to Iran’s flag carrier. 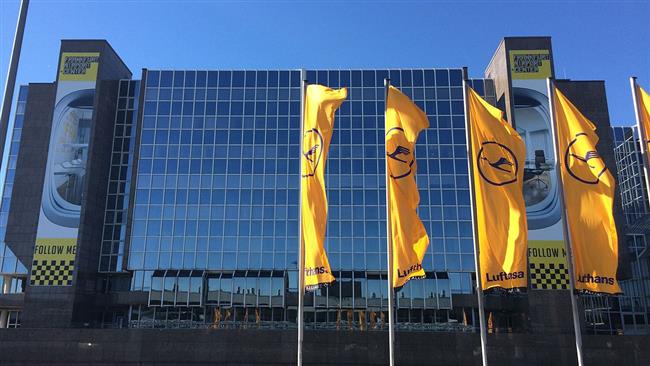 TEHRAN, Young Journalists Club (YJC) - Reuters quoted Lufthansa officials as saying that the company is considering to provide catering, maintenance and pilot training to the Iranian national airline.
They added that this would be in line with the company’s plans to take advantage of emerging business opportunities in the Islamic Republic.
"We are in very, very intense discussions, actually almost on a weekly basis," Karsten Zang, Lufthansa's regional director for the Persian Gulf, Iran, Pakistan and Afghanistan, was quoted as saying at a press briefing in Dubai.
However, a Lufthansa spokesman later told Reuters by email that "the talks with Iran Air are just held to explore business opportunities in the areas of catering and maintenance.
There are however no concrete plans for a cooperation."
Lufthansa Group subsidiaries LSG Sky Chefs, Lufthansa Technik and Lufthansa Pilot Training are seeking the contracts with Iran Air whilst the group is also in talks to provide services to other Iranian aviation firms, Zang added.
Iran has signed orders for 200 new Western-built aircraft for Iran Air, taking delivery so far of two new Airbus A330s and an A321.
"We are talking with Iran Air because their new aircraft are coming. They need training, of course, and we have the experience in all of these fields but we can't give timelines," Zang further emphasized.
Meanwhile, Reuters quoted Heike Birlenbach, Lufthansa Group's senior vice president for sales, as saying that the plan to seal a deal with Iran was based on anticipations that business in Iran would boom specifically now that the sanctions have been removed.
"We are hoping this business will pick up because the market as such is a huge market with high potential," Birlenbach emphasized.