TEHRAN, April 22, YJC -Thousands of mosquitoes have been infected with a bacteria that will stop them reproducing and released in Florida Keys, in a bid to prevent outbreaks of mosquito-borne diseases including Zika virus. 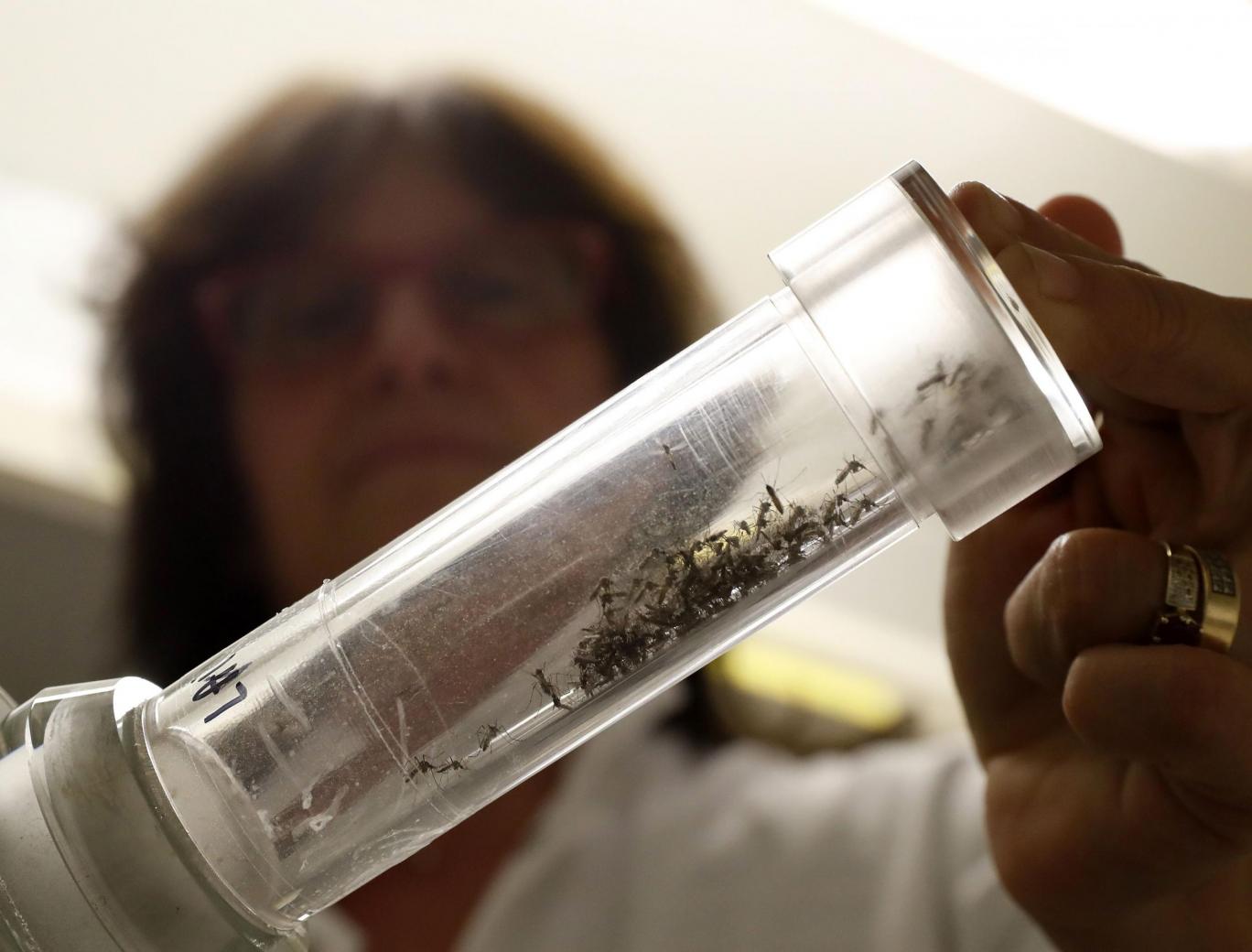 TEHRAN, Young Journalists Club (YJC)- The Mosquito Control District set free 20,000 male Aedes aeqgypti mosquitoes, after company in Kentucky manually injected each one with Wolbachia bacteria.
When the infected male mosquitoes mate with females, the eggs they produce will not hatch.
It is hoped the 12 week field trial on Stock Island, just north of Key West, will reduce or eliminate the population of female mosquitoes, which bite humans transmitting diseases like Dengue fever and Chikungunya, as well as Zika.
"The eggs never even hatch," said Stephen Dobson, founder of Mosquitomate, which injected the creatures.
The infected mosquitoes were flown in cardboard tubes — similar to ones used in paper towel rolls — from Lexington, Kentucky, to Key West.
At the 25 acre test site district staff released them by shaking or blowing into the tubes, said Andrea Leal, the district's executive director.
"They liked the humidity," Ms Leal said. "They were very happy mosquitoes."
The trial is expected to last about three months, with twice-weekly releases. Seven Wolbachia-infected males should be released for every one wild male to drive down the mosquito population, Mr Dobson said.
To date, 5,238 cases of Zika virus have been reported in the continental US and Hawaii, according to the Centre for Disease Control and Prevention (CDC).
Less than 300 reported cases were locally transmitted and in the continental US all of those occurred in Florida and Texas. Most people were infected while travelling to areas where the virus is more prevalent.
One in 10 Zika-infected mothers had babies with related birth defects in the United States last year, according to the CDC.
"A successful trial with the Wolbachia-infected mosquitoes could mean the availability of a new tool in the fight against the Aedes aegypti mosquito for not only our District, but for Mosquito Control Districts around the country,” Ms Leal told CNN .
"We're looking at these sterile insect techniques because our conventional mosquito control methods are costly and labour-intensive," she added.
Stock Island is about 130 miles southwest of Miami, where Aedes aegypti mosquitoes were blamed for spreading the Zika virus last year.
Officials are still considering a separate test of mosquitoes genetically modified by the British biotech firm Oxitec to produce Aedes aegypti offspring that die outside a lab.
The US Food and Drug Administration initially approved a trial in a residential neighbourhood near Key West, saying the test would not significantly affect the environment, but outrage from anti-GMO activists and residents forced the district to find a new location.
The FDA is currently seeking public comment on a proposal clarifying which mosquito-related products it regulates and which ones would be regulated by the EPA, which has stalled progress.
Mr Dobson said he hopes the regulatory issues will be resolved quickly, so that mosquito controllers will have more tools to keep the viruses carried by invasive mosquito species from spreading, and more flexibility to address the public's concerns about human health.
Source: Indipendent
Share to
Related News
France's Sanofi buys Ablynx for $4.8 billion in biotech M&A boom
EU to hold crisis summit on eggs scandal
First Zika-related microcephaly confirmed in Mexico
Tags
fda ، gmo ، zika ، florida ، mosquitoes
Your Comment