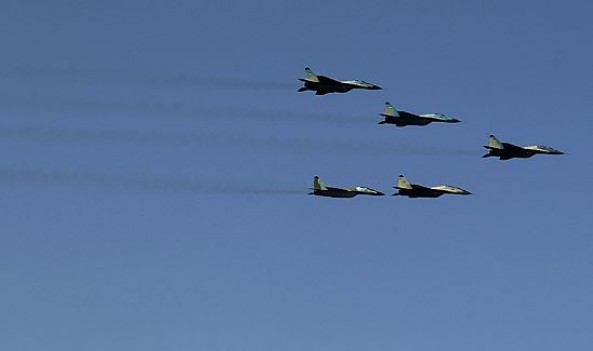 TEHRAN, Young Journalists Club (YJC) - Brigadier General Abdolkarim Banitaraf, the CEO of Armed Forces Aerial Industries, said that the recently-made Kouthar training jet has been developed based on the the training needs of Iran Air Force.

Noting that manufacturing products of this ilk indicates Iranian experts’ high potential and capability in aerial industries, Banitaraf added that manufacturing the jet could completely fulfill the training needs of army air force and that over the next 3 years a sufficient number of the jet will be produced and and delivered to armed forces.

" the jet by no means is a copy nor the one reversely engineered. Its body and other systems have been designed from scratch” he asserted.

Continuing, General Banitaraf said that Iran’s Army Force drills and aerial parades indicates that Iran have reached self-sufficiency in aircraft building, maintenance, and overhaul as well as designing and making aviation simulators, complicated aircraft pieces with no dependence on any foreign country.