Turkey to restore relations with EU if visa waiver granted

TEHRAN, April 24, YJC - Turkey is ready to restore relations with the European Union if the latter fulfills the obligation on visa liberalization as stipulated by the migrant swap deal, Turkish President Recep Tayyip Erdogan's spokesman Ibrahim Kalin said on Monday. 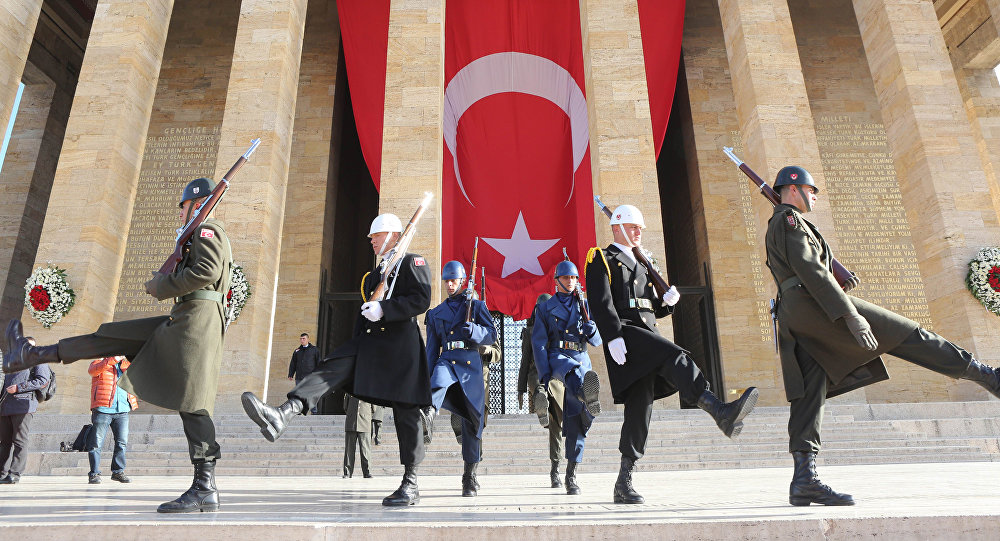 TEHRAN, Young Journalists Club (YJC) - "The issue of visa-free travel for Turkish citizens is their right that has been discussed for 20-25 years already. We see that it is being postponed under different pretexts. The implementation of this condition would restore the relations between Turkey and the European Union," Kalin told reporters.
Kalin stressed that Turkey prevented many deaths of refugees in the Mediterranean and significantly undermined the activity of human traffickers, while the European Union was struggling to fulfill its obligations under the migration deal.
In March 2016, Turkey and the European Union agreed on a deal under which Ankara pledged to take back all undocumented migrants who arrive in EU states through its territory in exchange for the accommodation of Syrian refugees on a one-for-one basis in Turkey and major concessions on membership and visas.
In August 2016, Turkish President Recep Tayyip Erdogan warned that Ankara would withdraw from the deal if the European Union failed to grant a visa waiver for Turkish citizens.
Relations between Turkey and a number of European countries have worsened recently after several pro-referendum rallies held by Turkish officials, aimed at gaining support from Turkish citizens living abroad, were canceled in Germany, the Netherlands and Switzerland. Following such bans, Erdogan compared German, and later Dutch, authorities to Nazis.
Share to
Related News
Erdogan actions ‘severely hit’ EU-Turkey ties: Merkel
Turkey nabs 1,000+ over failed coup
Turkish top court rejects opposition’s appeal against referendum results
Tags
Turkey ، visa ، eu
Your Comment