US will be explicitly violating Iran deal if it does not extend sanctions relief: Iran’s Salehi

TEHRAN, April 25, YJC - A senior Iranian official says the United States will be “explicitly” violating a nuclear deal with Iran and five other countries if it refuses to extend the suspension of American nuclear-related sanctions against the Islamic Republic on the due date. 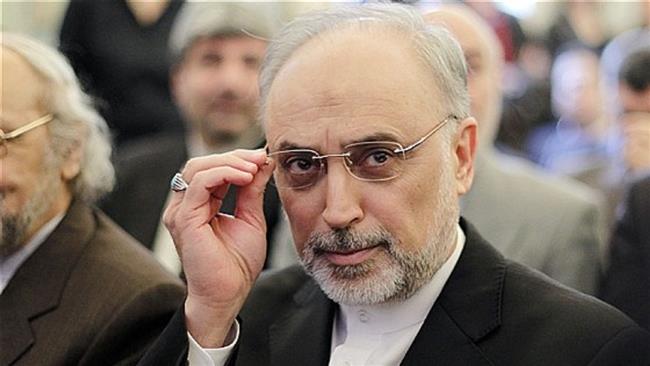 TEHRAN, Young Journalists Club (YJC) - Ali Akbar Salehi, the head of the Atomic Energy Organization of Iran, made the remark on Monday.
Iran had a range of sanctions by the US, the United Nations (UN), and the European Union (EU) terminated after it reached the deal — known as the Joint Comprehensive Plan of Action (JCPOA) — with the P5+1 group of countries, namely the US, the UK, France, China, Russia, and Germany, in Vienna in 2015.
A part of the termination of the sanctions comes in the form of the US issuing and extending waivers of certain statutory sanctions provisions. To do that, the US routinely does its own verification of Iranian commitment to the JCPOA and also relies on verification by the UN’s atomic body. A next round of such sanctions relief extension is due in May. And both the US and the UN have verified Iranian compliance.
Yet, recent rhetoric from Washington has raised concern that the US may not extend the sanctions relief — one of its commitments under the JCPOA — despite verified Iranian commitment.
Secretary of State Rex Tillerson has said the US is reviewing whether offering such sanctions relief "is vital to the national security interests of the United States.”
President Donald Trump, who has long ostensibly opposed the deal negotiated under his predecessor but who has not walked away from it, has also recently stepped up his rhetoric against the agreement.
Pointing to that rhetoric, Salehi said the US should suspend the specific sanctions that it has undertaken to suspend under the international deal, which has been endorsed in a UN Security Council resolution, as well.
"Mr. Trump is currently making loud statements; and it is not clear what decision he wants to take. [But] he has to suspend the sanctions statute once again on May 19,” Salehi said. "If he doesn’t, an explicit non-performance of the JCPOA will have occurred; everyone agrees about that.”
He said many of the other parties to the deal have declared that they would not be supporting unilateral US action concerning the multilateral deal.
The remarks by the Iranian nuclear chief come as delegations from the parties to the JCPOA are in Vienna for a regular meeting on the deal. On Tuesday, the parties will be holding the seventh meeting of the Iran-P5+1 Joint Commission, which reviews progress on the deal and potential concerns by individual parties.
Continued nuclear progress
Elsewhere in his remarks, Salehi said the EU had allocated five million dollars for the enhancement of nuclear safety in Iran.
He said the country had reached an agreement with Russia on bilateral cooperation in building two nuclear reactors in Iran and added that talks were also to be held with China on the construction of two 100-megawatt power stations in Iran.
Two nuclear plants, he said, would be starting their operations on the ground, adding that a maximum of 10,000 staff members would be recruited in the facilities.
Salehi also said that the potential exports of electricity produced at the 1000-megawatt Bushehr Nuclear Power Plant, which is located in Iran’s south, would award the country some $700 million annually.
If the nuclear industry maintains its current pace of progress, the country’s nuclear organization would attain budgetary self-reliance over the next five or six years, he said.