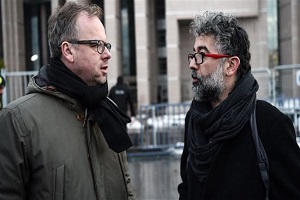 TEHRAN, Young Journalists Club (YJC) -Reporters Without Borders, also known by its French acronym RSF, warned in its annual World Press Freedom Index on Wednesday that the situation of media freedom in such countries was at "a tipping point.”
"The rate at which democracies are approaching the tipping point is alarming for all those who understand that, if media freedom is not secure, then none of the other freedoms can be guaranteed,” RSF Secretary-general Christophe Deloire said.
The report criticized the "new era of post-truth, disinformation, and fake news” substituting factual news in countries where democracies are giving way to totalitarianism.
Media freedom is being undermined by the rise in surveillance and of authoritarian strongmen across the globe, the group said.
"Attacks on the media have become commonplace and strongmen are on the rise. We have reached the age of post-truth, propaganda, and suppression of freedoms — especially in democracies,” the report said.
"Media freedom has retreated wherever the authoritarian strongman model has triumphed,” it warned.
The United States, Britain, Poland, and Turkey were cited as examples where democracy was losing to authoritarianism.
The RSF warned that the liberty of the press was in peril or in a "very serious situation” in 72 countries, further warning that the "highly toxic” media-bashing during the US presidential election that saw the rise of Donald Trump and during Britain’s Brexit referendum had threatened the very foundations of press freedoms.
The report found that in the past year, nearly two thirds of the countries had registered a deterioration in the state of media freedom, while the number of countries where such freedom was "good” or "fairly good” had fallen by more than two percent.
North Korea and Eritrea were cited by the group as the countries with the most repressed media, while Norway and Finland were recorded as the countries with the least suppression of the media.
Source:Press TV
Share to
Related News
Norway’s largest trade union boycotts Israeli regime
Turkey, Russia ‘agree in principle’ on S-400 deal
France arrests two suspects for 'planning attack before elections'
France to tighten security on election day
Turkey's Erdogan denounces OSCE report on referendum campaign atmosphere
Tags
media ، alarm ، freedom
Your Comment