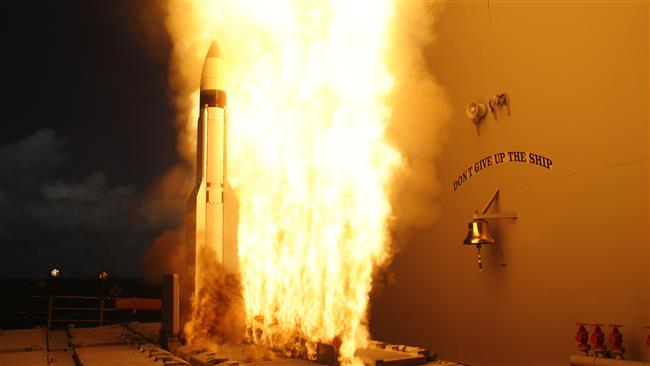 TEHRAN, Young Journalists Club (YJC) - Cruz made the remarks on Wednesday night, after attending a "long and detailed” private meeting at the White House, where all 100 members of the Senate were invited to discuss tensions with North Korea.
"The military is obviously planning for a number of options, as they should -- minimal military action to more significant action,” said Cruz, who ran a failed presidential campaign against Trump last year.
"It's of course the hope of the administration and Congress that military action isn't necessary. If there's a clear and imminent threat to the US, our military needs to be prepared to act and I believe they are prepared to act to keep our country safe,” he added.
During the meeting, Secretary of State Rex Tillerson, Secretary of Defense James Mattis, Chairman of the Joint Chiefs General Joseph Dunford, and Director of National Intelligence Dan Coats briefed the senators on the latest developments with regards to Pyongyang.
Trump also briefly attended the meeting, which was held upon a request by Senate Majority Leader Mitch McConnell.
Democratic Senator Chris Coons said the session was "sobering,” while Republican Senator Cory Gardner said the only takeaway from the meeting was that "we are a long ways away from exercising all of our options on the diplomatic side.”
The North’s development and testing of ballistic missiles and nuclear warheads has drawn warnings from the US, with the White House openly raising the possibility of a military confrontation.
The US has recently deployed a naval strike group to waters off the Korean Peninsula.
A nuclear submarine is slated to join the strike group, which is currently carrying out joint drills with Japanese forces.
Pyongyang, in response, has carried out a large-scale live-fire artillery exercise, threatening the US with a nuclear attack in case of any breach of the country’s sovereignty. North Korean leaders have also indicated that weapon tests would continue more frequently, Presstv reported.
The North has so far conducted five confirmed nuclear tests and numerous missile test-launches, and it is believed to be preparing for a sixth nuclear weapons test.