TEHRAN, April 27, YJC - Iran has inaugurated a major solar power plant as the country is pressing ahead with an ambitious agenda to use renewable energy resources. 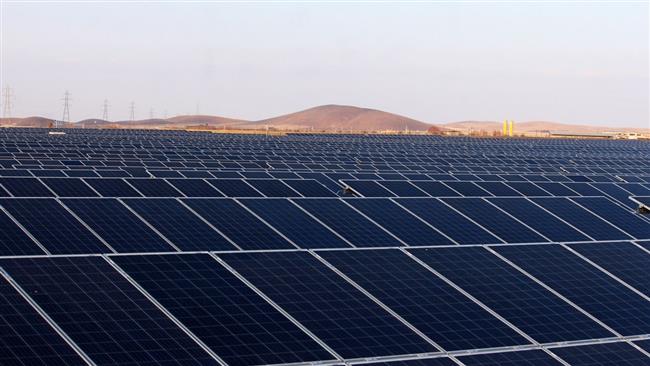 TEHRAN, Young Journalists Club (YJC) - The plant was constructed with an annual production capacity of 10 megawatts over an area of 20 hectares near the central city of Isfahan would produce.
Iran’s Ghadir Electricity and Energy Company and Greece’s Metka engineering firm cooperated over the project that took seven months to complete through an investment of around $15 million.
The plant has around 39,000 solar panels each with an area of around 0.64 square meters, Iran’s state news agency IRNA reported. The panels are equipped with an advanced solar tracking system, the report added.
The electricity produced from the project has already been sold to the Renewable Energy Organization of Iran (SUNA) for a period of 20 years.
Iran’s last major solar power plant was inaugurated in February in the country’s western province of Hamedan.  The plant comprised two seven-megawatt units.
Iran’s last major solar power plant was inaugurated in February in the country’s western province of Hamedan.
Iran is heavily dependent on natural gas and oil to generate power and one of the most energy-intensive countries in the world because government subsidies for fossil fuels encourage inefficient energy use.
Water shortage and air pollution, however, is becoming an acute problem for the country of more than 80 million people, forcing officials to embrace the idea of expanding renewable energy capacity.
Existing wind and solar capacity is tiny. According to SUNA, there are only 15 wind farms in the country where 100,000 megawatts of potential capacity exists from wind alone.
Iran is seeking 5,000 megawatts of renewable energy by 2020, with more than 4,000 megawatts expected to come from wind power. The country has approximately 141 megawatts of installed wind power.
SUNA is looking to attract $10 billion of direct private investment by 2018 and $60 billion by 2025. The national grid is also being upgraded so it can cope with any influx of renewables.
Energy producers from Germany, Italy, India, Korea and Japan have visited the country to test the waters for possible investment.