TEHRAN, April 28, YJC - The Taliban militant group in Afghanistan has announced the start of its so-called spring offensive, a heightened campaign of bombings, ambush attacks, and other raids that begins as weather conditions improve. 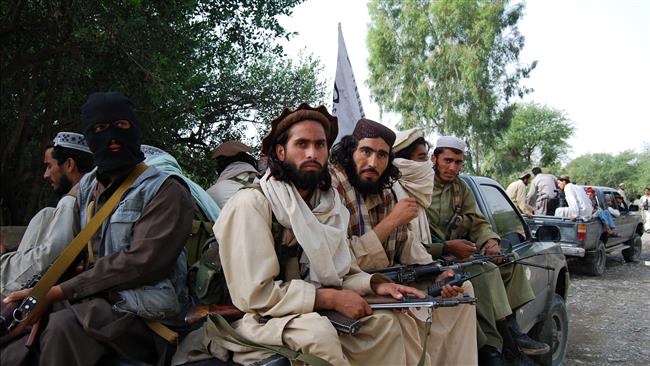 TEHRAN, Young Journalists Club (YJC) - Zabihullah Mujahid, a spokesman for the Taliban, announced the launch of the offensive in an online statement on Friday.
The latest spring offensive has been dubbed by the group as "Operation Mansouri,” named after a Taliban leader who was killed in a US drone strike last year.
Mujahid claimed that the offensive this year would differ from previous ones in that it would include a "political” track as well. He said the militant group would engage in "social justice and development.”
The Taliban spokesman also boasted about the group’s "control” over more than half of the country, citing a February report by a US government special inspector general for Afghan reconstruction.
That report said, the "Afghan government had control or influence over only 52 percent of 407 districts last year, down from 63.4 percent previously.”
The Taliban increase their attacks across Afghanistan every spring, targeting government officials and the US-led foreign forces in the country. Many ordinary people also often fall victim to the attacks.
Last Friday, the Taliban killed at least 140 Afghan soldiers in an attack on an army base in the city of Mazar-i-Sharif. The apparent security loops and the high number of casualties in that attack soon led to the resignation of the Afghan defense minister and its army chief of staff.
Security remains elusive in Afghanistan almost 16 years into a US-led invasion and occupation of the country, Presstv reported.
A Taliban regime that had been in power then was toppled in the 2001 invasion of Afghanistan. Members of the group started their militancy then.
Share to
Related News
Daesh seizes Afghanistan’s Tora Bora: Afghan officials
North Korea ballistic missile test fails: South, US
Bomb blast occurs near army base in Afghanistan
Iran condemns Afghan suicide attack
Afghan army kills 45 Taliban militants in airstrikes
Taliban car bomb hits army base in eastern Afghanistan
Taliban suicide bombings in Afghan capital kill 3, wound 50
Tags
Afghanistan ، Taliban ، attack
Your Comment