No charges for officers in fatal shooting of Alton Sterling

TEHRAN, May 2, YJC - The US Justice Department will not charge two police officers involved in the fatal shooting of a black man in Louisiana last year. 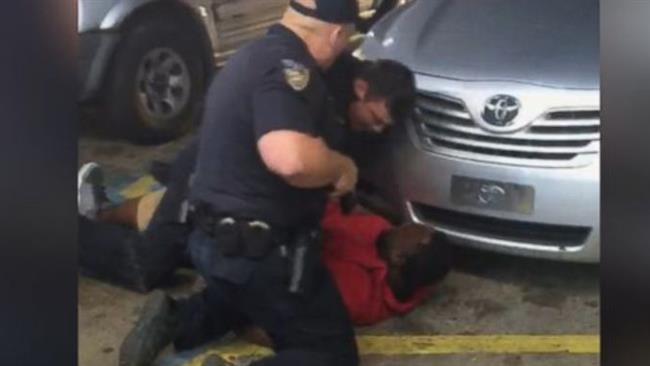 TEHRAN, Young Journalists Club (YJC) - The death of Alton B. Sterling last July in Baton Rouge, which was captured on mobile phone video, triggered massive protests in cities across the United States.

The graphic video of the shooting recorded by a bystander shows Sterling as he is being ordered to lie down. Then two officers tackle him to the ground, with one pulling a gun from his holster, shooting Sterling five times at close range.

The decision not to charge the officers was confirmed on Tuesday afternoon by two people who were familiar with it.

The mayor-president of Baton Rouge, Sharon Weston Broome, expressed outrage, saying neither she nor Sterling’s family had been informed of the decision reported first by The Washington Post.

"No one in my office or the governor’s office has been notified by the US attorney’s office of a decision or timeline,” she said in a statement. "When I know something, the people of Baton Rouge will know, and we will get through it together.”

"I’m not surprised, because it happens all the time,” said Kosher Weber, 21, an African-American resident of Baton Rouge. "Where do things go from here? There’s no justice. There’s no nothing.”

L. Chris Stewart and Justin Bamberg, lawyers for Sterling’s family, also said they had not been told in advance.

"We have been promised that we will meet in person with D.O.J. before any announcement is made,” they said in a statement.

Sterling’s death came as law enforcement departments across the United States were facing increased scrutiny over excessive force against black people and other minority groups.